Sorry! You missed An American in Paris at Adler Theatre 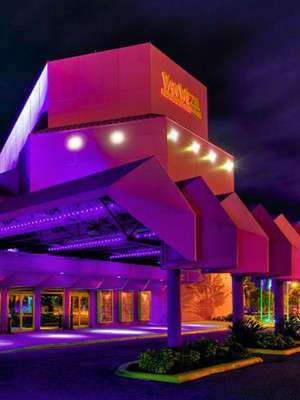 If you're happy to travel

You can catch An American in Paris at Van Wezel Performing Arts Hall in Sarasota, showing Mar 16, 2020

An American in Paris is also touring to:

View the entire An American in Paris tour 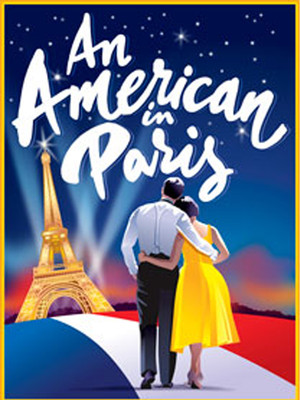 An American in Paris

This melodious musical, 'inspired by' the splendid Oscar-winning MGM movie that starred Gene Kelly as leading man and choreographer, is a thrilling theatrical adaptation that unspools in ever more wow effects as it progresses.

Alert me on return

Why See An American in Paris?

The buoyant An American in Paris is rightly regarded as a high point for the Hollywood musical, but the reputation of this latest stage adaptation might soon surpass it! Winning four Tony Awards during its Broadway run, Christopher Wheeldon's reimagining of the Gershwin musical re-purposes the story for a modern audience, retaining its delicate romantic air while grounding the tale in a more realistic post-war landscape.

Following the fortunes of expat Jerry Mulligan as he tries to make it in Paris, this iconic show contains some of Gershwin's best known numbers, including 'S Wonderful', 'I Got Rhythm' and 'They Can't Take That Away from Me'. It all builds to the climatic title number, a fourteen minute long ballet piece which stands as one of the composer's most impressive feats.

The original movie An American in Paris opened in 1951, directed by Vincenti Minnelli (Liza's dad). Earning six Academy Awards, the film marked Gene Kelly's ascension to the top of the Hollywood table, with Singin' in the Rain following a year later. This latest Broadway production premiered, fittingly enough, at Paris' Theatre du Chalet in 2014, before transferring over the Atlantic. It was met with glowing notices by New York critics, who praised its lavish stage design and elegantly conceived ballet sequences.

What is An American in Paris About?

After witnessing the horrors of World War II, American veteran Jerry Mulligan decides a fresh start is in order and moves to Paris. Inspired by the creativity and romance which fills his new hometown's boulevards, Mulligan sets his heart on becoming a painter. Once he gains a wealthy sponsor for a solo exhibition, his career seems to be on the rise, and coupled with the fact he has just met a beautiful girl by the name of Lise, his life can't seem to get any better.

Yet Lise seems unwilling to wholeheartedly return his affection, and when the reason for her reticence is revealed, it threatens to cast a cloud over Jerry's previously joyous existence in the city of love.

Suitable for all the family

And before you stop reading

Images are from the Broadway production

The combination of dance, music, comedy, story of love along with great... more

Dancing, sets, singing! It has it all. Fantastic performance! more

Read all reviews Write a review

Sound good to you? Share this page on social media and let your friends know about An American in Paris at Adler Theatre.

Keep up to date

I want email news and updates for events in my area! Read how we protect your data.

You know the drill, websites need cookies to make them work. Details of how we do it here. Hello! It's probably obvious, but we need to let you know that we use cookies to enable us to run this website and for it to actually work! You can find lots more detail in our Cookie Policy.
Got it!